The Working Principle And Use Of The Thread Rolling Machine

The main function of the thread-rolling machine is to stop the thread, straight line and twill rolling of the workpiece under the cold state, and then stop rolling on the straight tooth, the helical tooth and the oblique spline gear, and then one can Stop rolling on straightening, reduction, rolling, and various forming parts. Its operation mainly relies on safe and reliable power. Its main system has liquid execution system and control system. There are three working cycle forms, manual, semi-automatic and automatic. 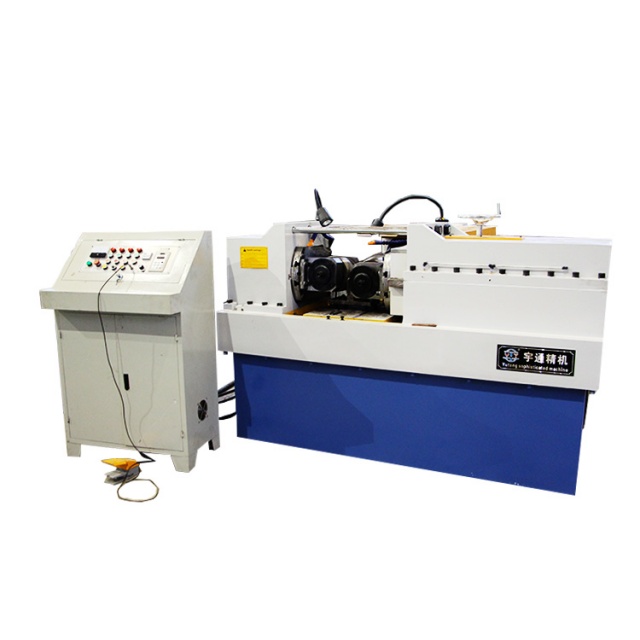 The principle of cold rolling the small modulus involute splines on a thread rolling machine. L, R are a pair of involute rolling wheels with the same parameters, respectively installed on the two main shafts of the thread rolling machine, and can rotate synchronously in the same direction under the driving of the transmission mechanism. The R wheel can be driven by the cylinder for radial feed motion, and the L wheel can be adjusted by the adjustment mechanism to coincide with the indentation of the R wheel on the surface of the workpiece P. The workpiece P is clamped by two central holes, and the adjustment clamp can move the workpiece axially. When the force is applied, the workpiece can be swung by a Φ angle around the axis parallel to the machine tool spindle at the O point to ensure the workpiece is always in the cold rolling process. Keep the two rolling wheels in a free-to-roll state and at the same time facilitate the clamping of the workpiece.