Introduction to the Operation and Operation of Thread Rolling Hydraulic

The hydraulic thread rolling machine supplier shares with you: the cold rolling process is an advanced non-cutting process that can effectively improve the internal and surface quality of the workpiece, the radial compressive stress generated during processing, It can significantly improve the fatigue strength and torsional strength of the workpiece, and is an ideal process with high efficiency, energy saving and low consumption. 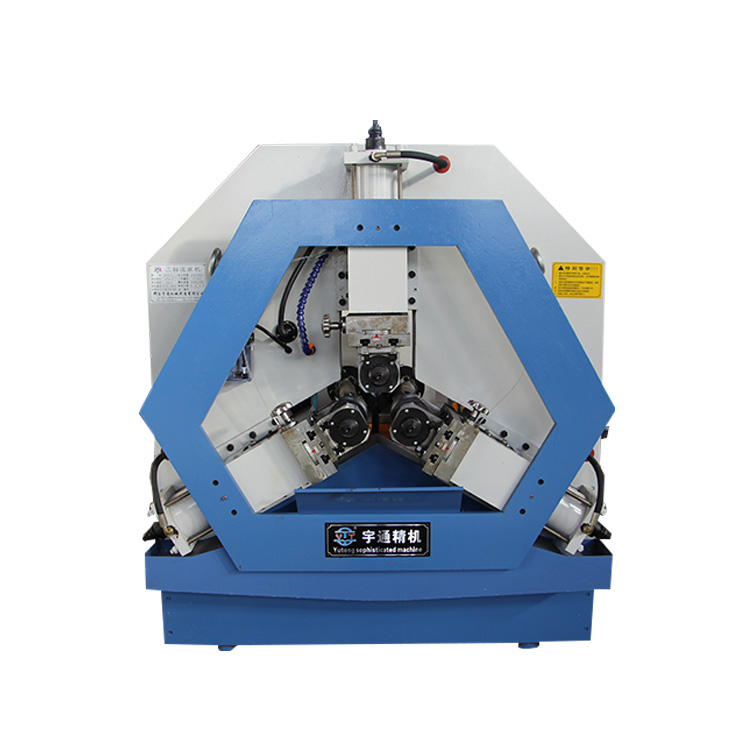 3. The support seat should be at the core position. As the diameter of the rolled workpiece changes, the position of the support seat also needs to be changed. Mobility methods: Grasp the two flow nuts, move the support seat to the required position, and tighten the nut Just fine.

1.Adjustment of the machine

Change the automatic manual switch position of the electrical control box, you can choose automatic or foot rolling.

Automatic cycle rolling: Turn the rolling button of the electrical control box to the automatic position. At this time, the movable thread rolling shaft reciprocates under the control of the time relay.

Foot rolling: Turn the rolling switch to the manual position, and the movable thread roller can work under the control of the foot switch.

The thread rolling machine has two pairs of exchange gears to change the spindle speed. When adjusting the speed, open the conversion gear box cover on the inside of the transmission and replace the transmission gear with the required number of revolutions.

The T-shaped bracket is used to support the workpiece and keep it in a correct position between the two rolling wheels for rolling. (If special specifications of T-shaped bracket or support block are required, please prepare by the user).

The T-shaped bracket of the machine is fixed at the center position below the two thread rolling shafts. As the diameter of the workpiece changes, the position of the support also changes.